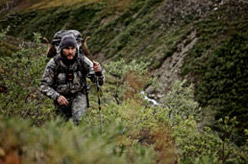 A specific subset of Ethics has to do with the manner in which the Hunt is conducted.

From its beginnings, the Pope and Young Club established, defined and maintains an ethical code of hunting referred to as FAIR CHASE. The concept of fair chase bowhunting is the very core of the Club’s belief system and one of our major advocacy focuses.

The fair chase philosophy reaches to the very foundations of the hunting spirit; it should be a dominant factor in the personal hunting ethic of every responsible individual; it is key to bowhunting’s future with deep roots in America’s hunting heritage.

Simply defined, fair chase is the ethical, sportsmanlike, and lawful pursuit of free-ranging wild game animals in a manner which does not give the hunter an improper or unfair advantage over the animal.

The Rules of Fair Chase 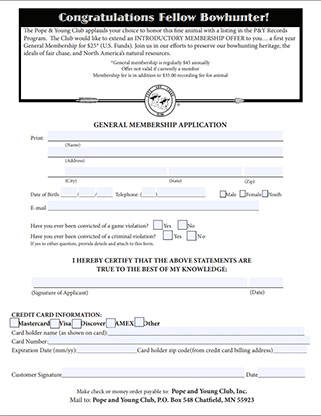 The term “Fair Chase” shall not include the taking of animals under the following conditions:

The fair chase concept does, however, extend beyond the hunt itself; it is an attitude and a way of life based in a deep-seated respect for wildlife, for the environment, and for other individuals who share the bounty of this vast continent’s natural resources.

The Pope and Young Club strictly adheres to North American Fair-Chase hunting under the North American Model of Wildlife conservation. Other countries, such as South Africa, do not operate under the same circumstances and have to act differently to maintain the health of their big game species. We recognize that hunting is essential to the sustainability of their game species, and we support efforts to bring bowhunting opportunities to countries where free-range animals may not exist. We also recognize how devastating it can be to big game species in foreign countries when citizens, thousands of miles away, demand other countries follow unattainable moral guidelines based on emotion and not sustainability.

3 Pillars of Pope and Young

The Future of Bowhunting is in our hands

The challenges facing bowhunting’s future are ever evolving.  Anti-hunters and activists continue to work to destroy our heritage and redefine our way of life.  Many of the privileges hunters enjoy are being trampled, but we will not let our heritage be destroyed.  We will not forget our history.  We will not permit these challenges to diminish the vital role bowhunting plays in our culture. For over 60 years, Pope and Young has procured and preserved the records of bowhunting and bowhunter’s greatest accomplishments.  Under our watch these records will not be erased.  Collectively, Pope and Young members will not allow our hunting privileges to be reduced or forgotten.  Bowhunting’s long, proud heritage will not be destroyed.

Today we continue our 60-year long mission with a new brand and a renewed commitment.

A mission that seeks to Preserve, Promote, and Protect Bowhunting.